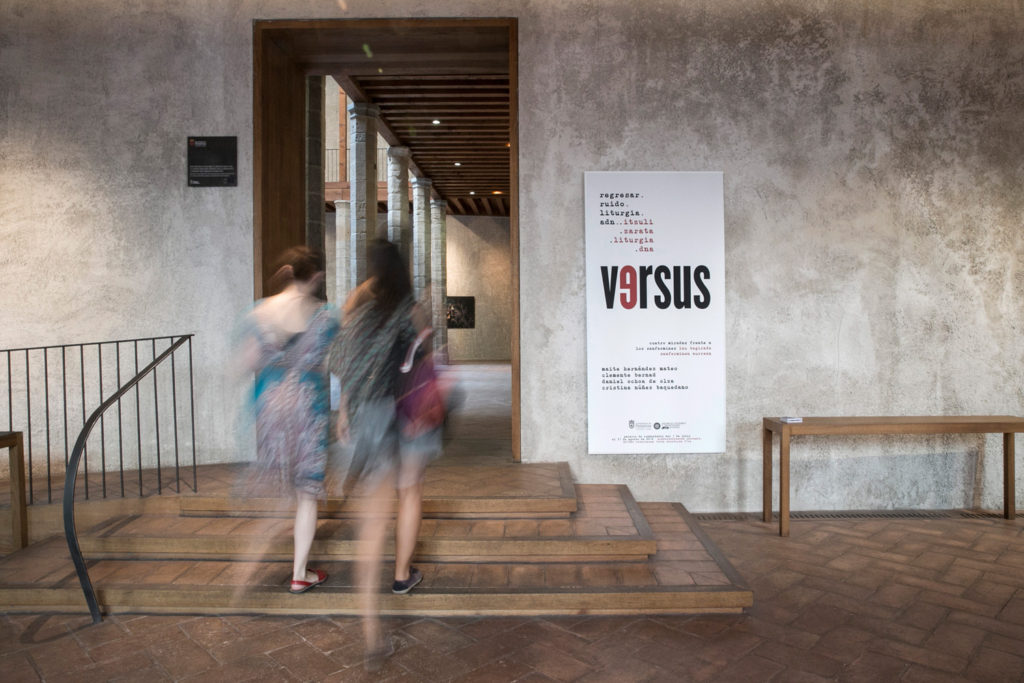 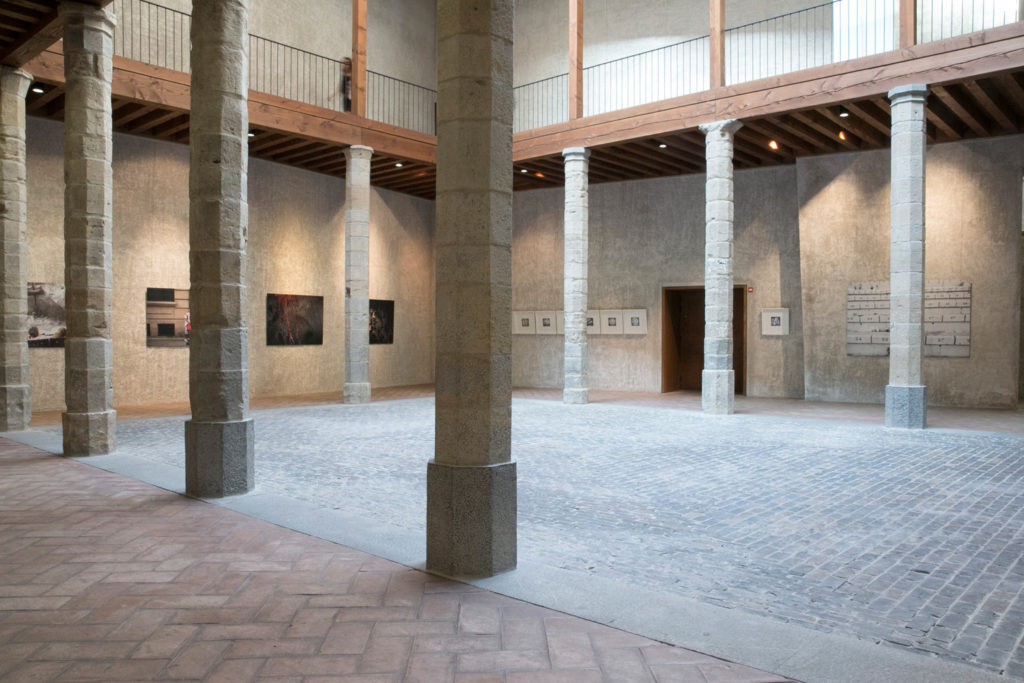 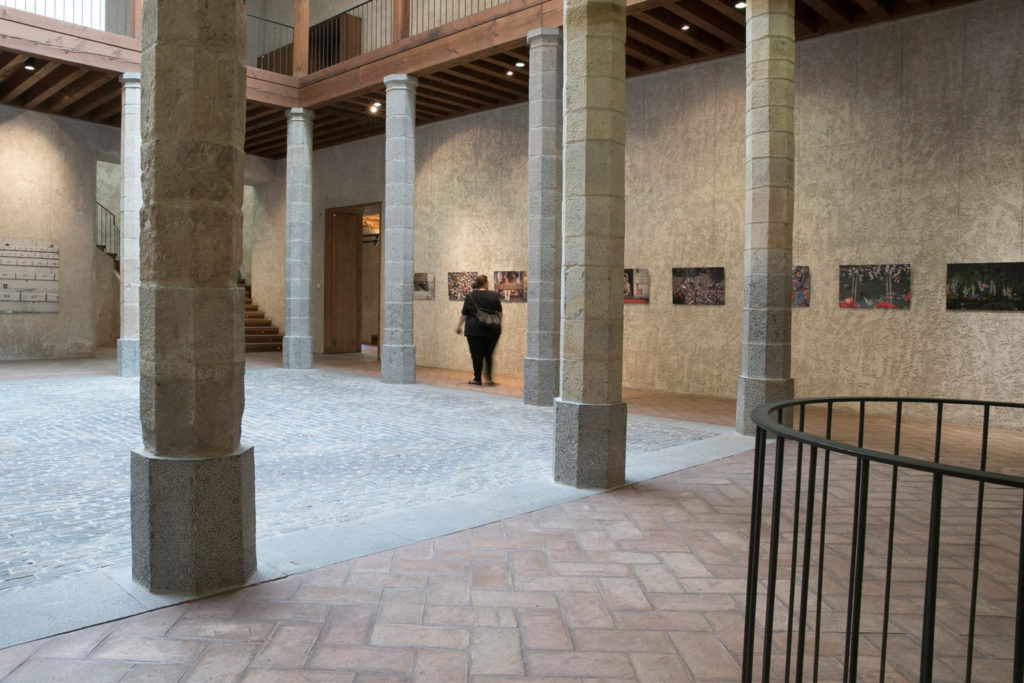 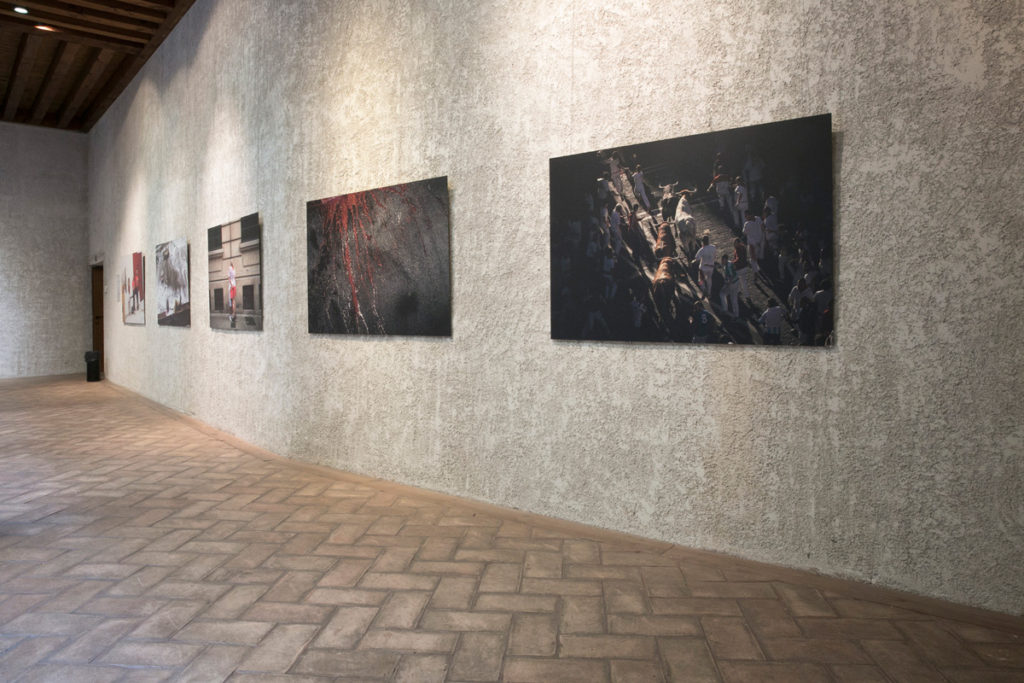 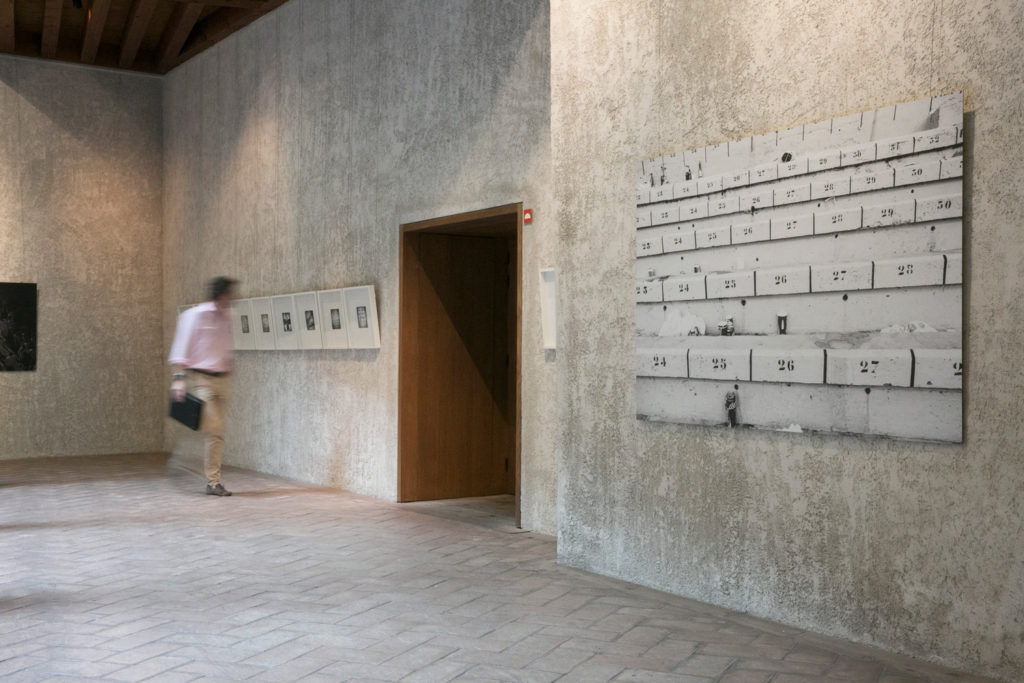 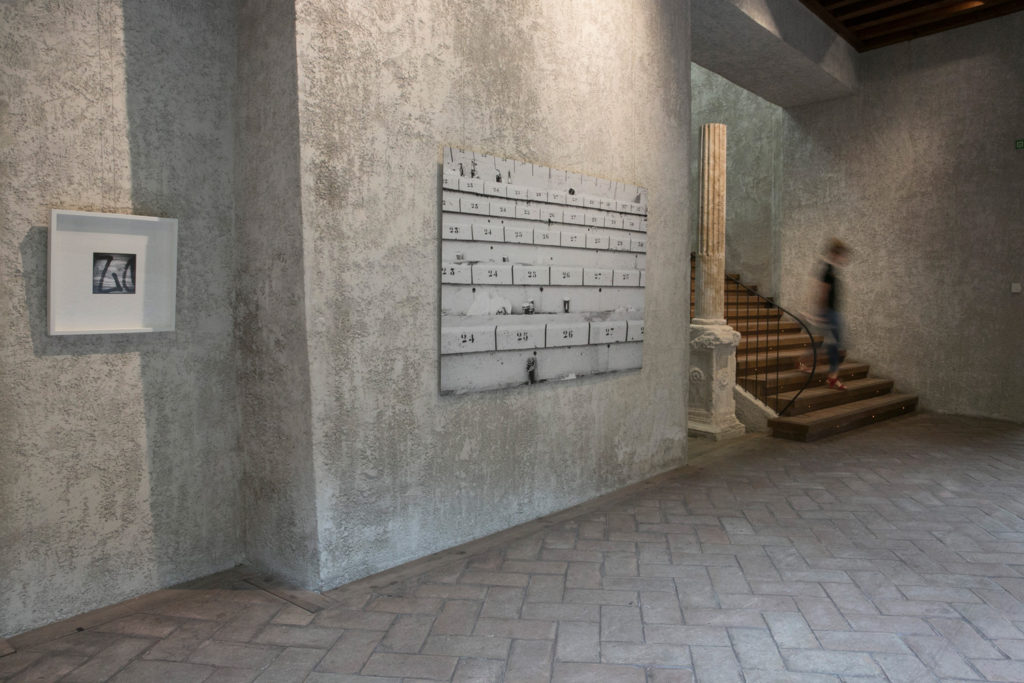 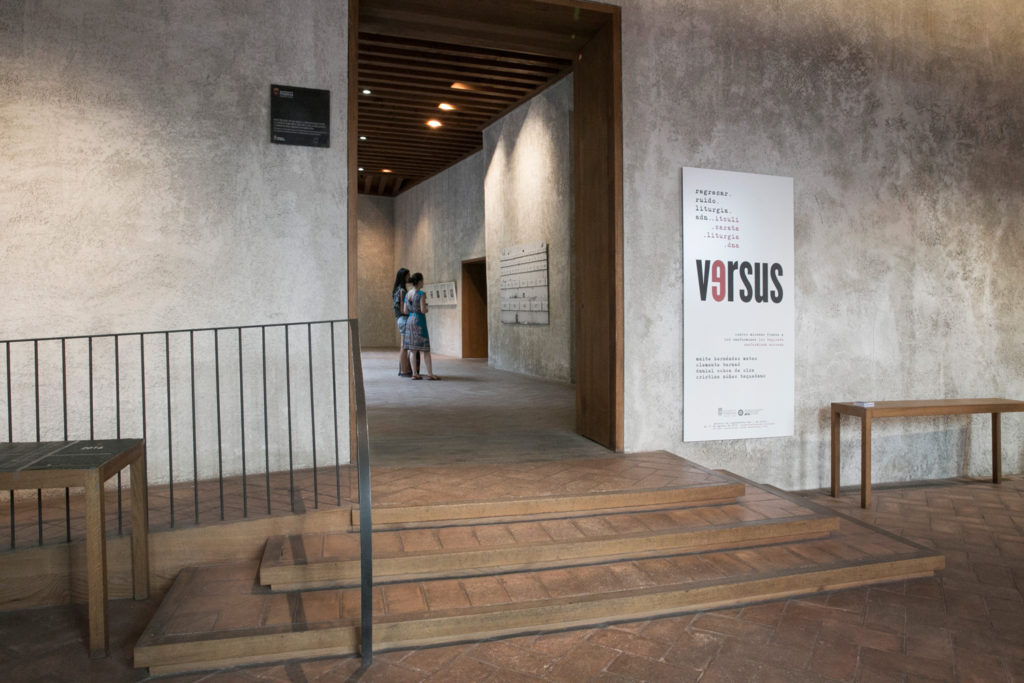 Versus, four perspectives of San Fermin bull-fighting festival, group exhibition made up of the works of Maite Hernández Mateo, Clemente Bernad, Daniel Ochoa de Olza and Cristina Núñez Baquedano.
Facing each other, in the heart of the city, these are four perspectives of an international festival about which not everything has been said, as the four authors well illustrate. Four proposals, each one adopting the word that represents them: return, noise, liturgy and DNA.

I have always said I am the antithesis of a San Fermin photographer, which doesn’t mean that I don’t think the festival is an interesting scenario, which for me represents innumerable dichotomies. One of these being my sense of claustrophobia, the dimensional aspect of the spaces where San Fermin is played out due to the crowds, the multitudes, giving the festival a very particular spatial perception. For me this festival is life, and death. The whole explosion of moments that fill the 24 hours over nine days are the representation of life, but the festival dies. On 15 July the city is deserted, shiny and pristine.
Four years ago, in my need to escape, I coincidentally noticed engravings on the fence along Santo Domingo which, together with the entrance to the bullring, is the only part of the fencing that stays intact throughout the festival. Imagining who the authors were, in what circumstance they would have written this or that drew all my attention to the fencing which represents the root of this festival: the running of the bulls, a route that takes us through the heart of the city and explodes on arrival at the bullring. The need since prehistoric times for human beings to leave their mark fascinates me. And in Pamplona we have it in front of us. The fencing encapsulates thousands of stories and preserves the DNA of everyone who has touched it.